On July 22, 2021, CBSE finalised the reduction in syllabus for the 2021-22 session as per the latest Term-based Examination Pattern.

CBSE Class 10 Syllabus has undergone drastic changes since the previous 2020-21 session. Due to the COVID-19 pandemic, the education system has been challenging for both teachers and students.

So, similar to the 30% reduction in the last session, CBSE decided to reduce the overall syllabus according to the Term-based Board Examination for the 2021-22 session again.

We, at Educart, were prompt about it and have updated the changes in all the subjects for you. Here, you can find:

With all this information in hand, both teachers and students will have a defined structure to begin the learning process on time and efficiently.

Now, let us take a look at the syllabus for Term I and Term II Board Exams in detail and try to understand what changes have been made.

8. Circles
Tangent to a circle at, point of contact

12. Some Applications of Trigonometry

Our other latest CLASS 10 EDUCART QUESTION BANKS FOR 2022 EXAMS are a complete solution for exam preparation with new pattern chapter-wise questions, Toppers corner, Competency-based Q’s, Self Assessment Questions and Papers, and Topper Answers.

Any other information regarding CBSE curriculum, paper pattern, study material, and notifications is available below in the supporting links. 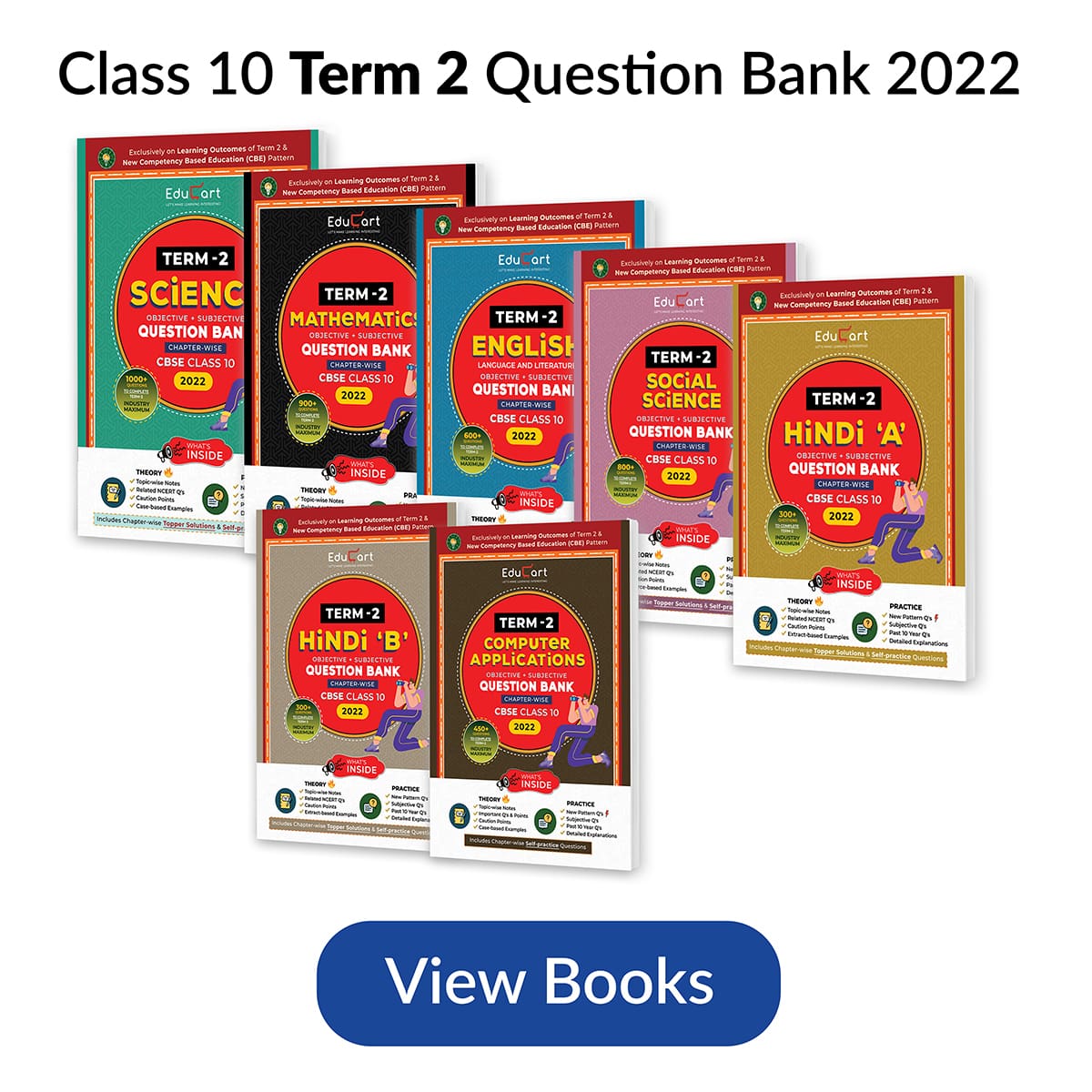